Does CBD help sexually? Cannabidiol (CBD) is riding an unprecedented wave of popularity. In recent years, the public’s perception of hemp has shifted dramatically. In fact, the best CBD oil has breached the mainstream and infused products are becoming a household staple.

Cannabidiol use has become so widely accepted that people have started experimenting to see just how far its therapeutic effects go.

Its anti-anxiety and anti-inflammatory properties are well-documented by users but does CBD help sexually? Surprisingly enough, there is no shortage of anecdotal reports which say that CBD has been a game-changer for couples in the bedroom.

One of the most popular theories on cannabidiol involves the relatively unexplored system known as the endocannabinoid system (ECS). The ECS is a cell-signaling system containing a type of neurotransmitter called endocannabinoids.

This system has its associated cannabinoid receptors, enzymes, and proteins throughout the body. The ECS maintains homeostasis and regulates internal systems like the digestive, urinary, and reproductive tracts, among many others.

Cannabinoids are similar compounds to the endocannabinoids produced by the body. Currently, studies show that hemp may help balance hormone levels, which may then increase sex drive.

It may also work to enhance your sex life with its widely-reported anti-stress properties. By possibly addressing underlying stress and reducing anxiety, cannabidiol use may ultimately lead to a better sexual experience.

The relationship between the ECS and CBD is likely multifaceted. But generally speaking, someone with balanced hormone levels will also promote a fertile body.

CBD Oil and its Effects on the Libido

There is evidence that cannabis has been used as an aphrodisiac for thousands of years. Ancient Ayurvedic practitioners believed that it helped improve ejaculatory functions in men and enhance sexual pleasure.

More recently, this cannabinoid is reportedly effective in alleviating dyspareunia, the term for a range of disorders of painful sex in women. The substance’s anti-inflammatory effects may also address these pains, leading to a higher libido and more fulfilling sex.

Multiple studies have tried to unravel the mysteries of the ECS and its relationship with CBD. In one study, it showed that ECS receptors are present in reproductive organs like the testicles. One of its functions is to possibly regulate its physiology and development of sperm cells.

The next findings on the connections between CBD and sex are somewhat contradictory and need more clinical studies. For example, a study found that chronic cannabis use resulted in lower sex drive in men.

However, another study shows that the infrequent use of cannabis boosts libido in both men and women. In this review paper, they found evidence that lower amounts of cannabidiol facilitated female sexual desire while higher doses inhibited it.

Many experts also believe cannabidiol to be a vasodilator that opens up the blood vessels. If proven that it increases blood flow in this area, then cannabidiol may be effective in addressing erectile dysfunction as well.

Yet another study suggests that CBD improves sexual experience in another way. It evidently increases concentrations of anandamide, a neurotransmitter associated with the “love hormone” oxytocin.

The findings suggest that cannabidiol, when used to release anandamide, may deepen emotional connections during intimacy.

A study made way back in 1979 explored the relationship between cannabinoids and testosterone production. At its conclusion, they found decreased testosterone in rat testis Leydig cells.

It is important to note that this study used cannabinoids including the infamous THC. THC is the cannabinoid that causes psychoactive effects or a “high.” 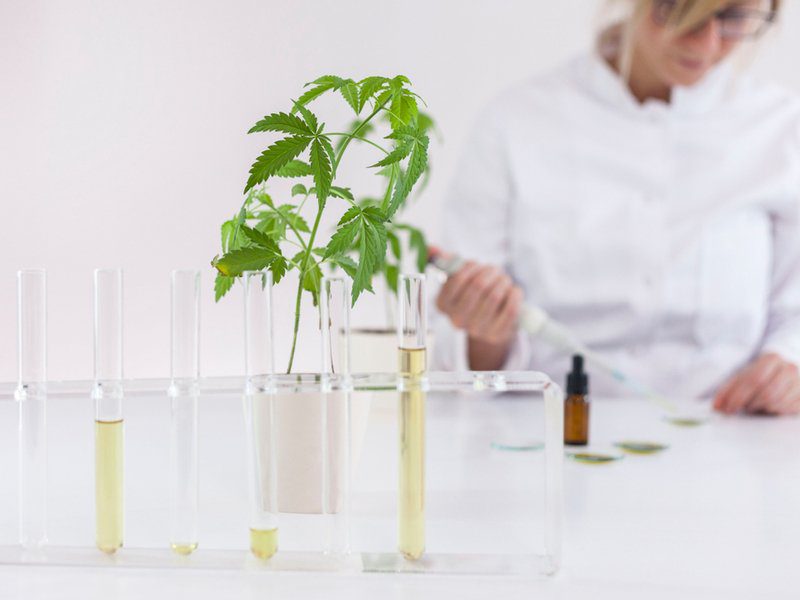 There is another more recent study that explored the effects of various cannabinoids on testosterone in mice. They found that the cannabinoids CBN, CBD, and THC both stimulate and inhibit testosterone production depending on the concentrations of each.

CBD requires more studies to see the long term effects of its use. But currently, evidence points towards CBD having a very good safety profile with few side effects.

It is well-tolerated and anecdotal evidence points to its effectiveness in reducing pain, anxiety, and sleep disorders.

One of its biggest advantages is the fact that it is non-psychoactive and using it will not produce a high.

Cannabidiol comes in various formulations as well. Full-spectrum products contain all the natural cannabinoids of cannabis, including THC. The THC levels however are capped at 0.3%.

Broad-spectrum hemp also contains most of the natural cannabinoids, terpenes, and compounds of cannabis with the notable exception of THC.

Moreover, both full-spectrum and broad-spectrum products feature an “entourage effect.” This is a synergistic effect of the different cannabinoids working together to produce even more heightened effects.

Finally, the last kind of formulation is the CBD isolate. These are pure concentrations of cannabidiol that contain no other compounds.

How to Use CBD for Better Sex

Cannabidiol comes from cannabis plants. Farmers mix this compound with a carrier like coconut oil to produce tinctures. Does CBD help sexually?

There are now many products that couples can use to get the benefits of CBD as well as better sex. 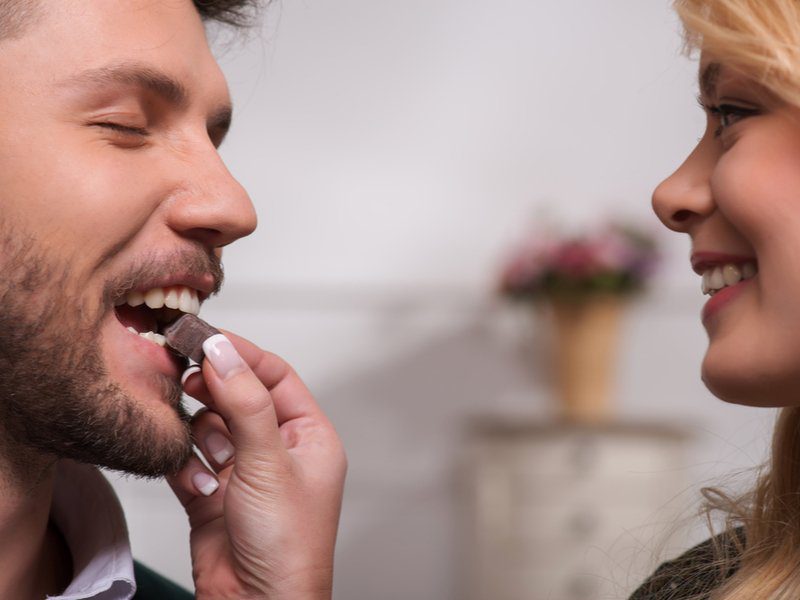 For example, full-spectrum chocolates can provide relaxing effects to both men and women before getting intimate. Broad-spectrum massage oils and lotions are also available as mood enhancers as well.

Additionally, couples may use topical CBD to reduce soreness. A survey found that 39% of women reported that topical products are moderately to very effective in relieving post-coital soreness too.

One of the main concerns on whether or not CBD helps sexually is its possible effect on fertility. A study made in 2006 found that marijuana use has adverse effects on both male and female fertility.

Researchers found that women may experience disruptions in their menstrual cycles and a harder time conceiving. Men, on the other hand, may have a decrease in sperm development. This study, however, included THC in its findings.

Currently, it is not possible to conclusively say that these effects will also happen with cannabidiol use alone.

It may be better to avoid THC if you have any concerns with your fertility and choose hemp-derived CBD instead. As mentioned, broad-spectrum and isolates contain no THC in their formulation.

In any case, the Food and Drug Administration (FDA) has yet to approve over-the-counter hemp products. Cannabidiol products are not meant to treat, cure, or prevent any medical disease.

Consumers are to take them as supplements, not medication.

So, does CBD oil help sexually? These quick answers will help you stay informed on the best hemp products for you.

Although we still need more research, it appears that the anti-inflammatory and anti-anxiety properties of CBD contribute to an improved sexual experience.

It may also help release anandamide, a neurotransmitter close to oxytocin for deeper emotional connections.

People use cannabis as an aphrodisiac. There is also evidence that different concentrations of multiple cannabinoids increase and decrease testosterone production in mice.

We need more clinical trials to determine the exact effect of CBD on human testosterone production.

Similarly, there is no current scientific evidence that correlates hemp use with increased estrogen levels. But there is evidence that women who experience painful sex may benefit from the anti-inflammatory effects of CBD.

Ingested CBD may produce relaxing effects to reduce anxiety. CBD may lessen worries, which in turn, may increase sex drive. As massage oil or lotions, it can act as a mood stimulant. As lube, it may also provide anti-inflammatory effects that promote blood circulation.

There is no standard for CBD dosages as it can vary wildly from person to person. It is best to consult a physician to determine the ideal dose for you.

However, it has been observed that people can take as low as 20 to 40 mg per day. It is best to find out your personal tolerances first. 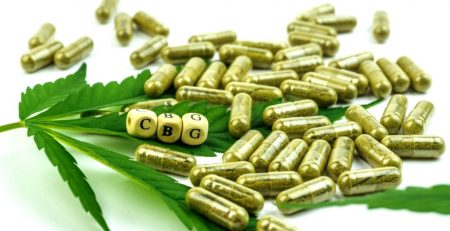 What is Cannabigerol (CBG)? 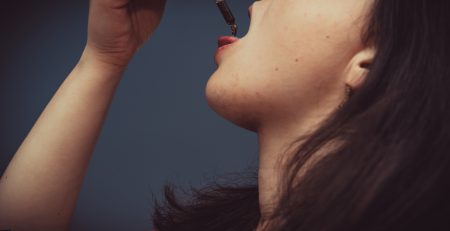 What is the Best Time of Day to Take CBD Oil?