With the rise in cannabis demands, it comes as no surprise that many states have reconsidered their laws regarding plant matter and its derivatives. CBD New Hampshire is fast becoming popular with locals and tourists alike.

Much like other states, the home to the White Mountain Range has become more lenient to the use of Cannabidiol (CBD).

The highest quality cannabidiol oil in New Hampshire is often used for its many health benefits. This includes pain relief from joint and muscle aches, soothing anxiety, and helping with sleeping problems. 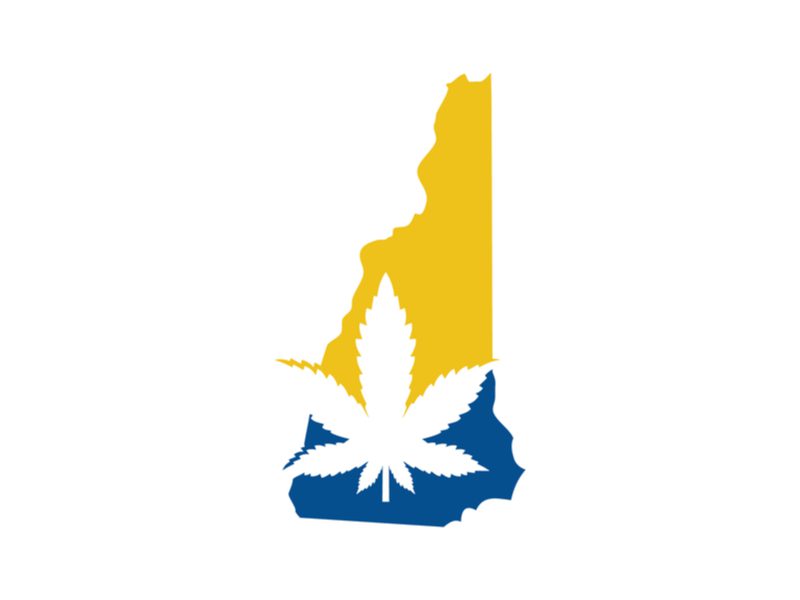 CBD is one of the many active cannabinoids found in cannabis, but most abundant in hemp plants. Unlike THC, the compound responsible for the marijuana high, CBD is completely non-psychoactive. It is mostly used for its anti-inflammatory properties and the ability to help users relax.

The changes introduced by the 2018 Farm Bill granted industrial hemp legalization for production and consumption. Hemp products also became legal as long as they do not contain more than 0.3% trace amounts of THC.

As a result, many state regulations also changed. Some states completely legalized cannabis as a whole, including recreational marijuana. Others adopted more tolerant policies on possession and consumption but still banned any form of weed.

With the federal legalization of hemp, the CBD industry saw a steady rise in the market.

Is CBD Legal in NH 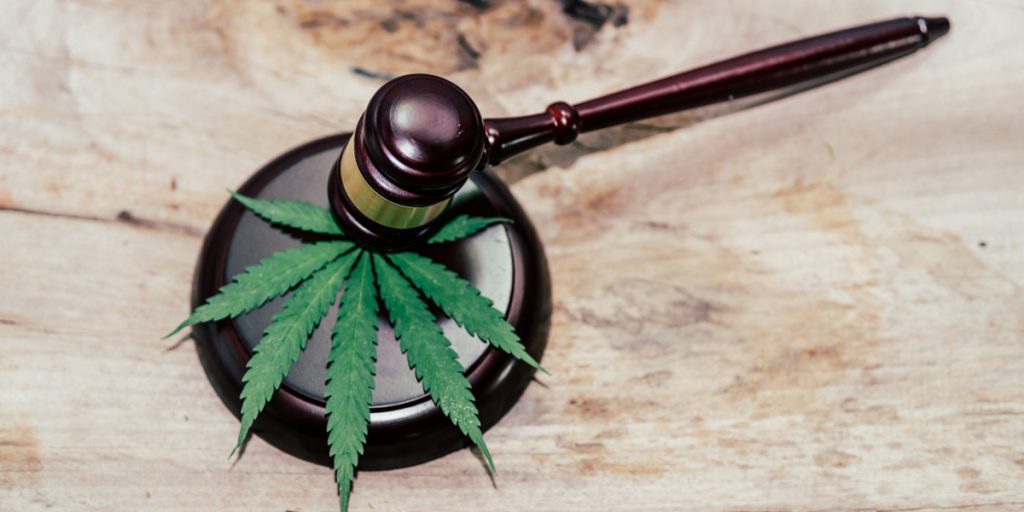 There is no clear or explicit definition of whether CBD is legal in New Hampshire or not. The state has a medical marijuana program running for years, but only persons who are qualified are allowed under the program.

However, the Department of Health and Human Services released a memo last June 2019 on CBD law in New Hampshire. They forewarned that cannabidiol edibles and additives are not approved for sale.

This means that food or drinks infused with cannabidiol are not allowed and should be pulled out of market shelves.

The Legal Background of CBD 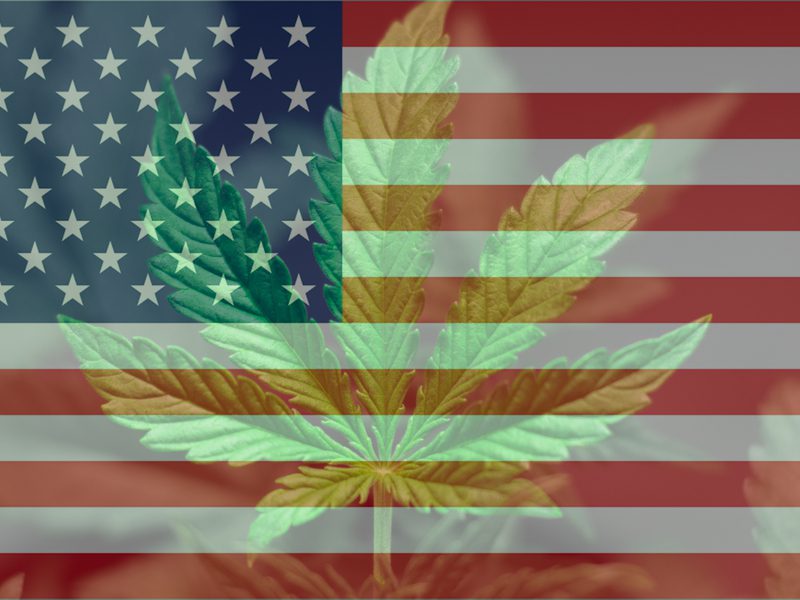 Hemp plants are unable to produce enough THC to cause intoxication. Nonetheless, under the Federal Controlled Substance Act of 1970, all types of cannabis were classified as controlled substances and were illegal in the United States. During this time, cannabis was classified as a Section One substance. This meant it was regarded as an easily manipulated drug and habit-forming, with no known medical benefits.

The Hemp Farming Act of 2018 will, on the other hand, legalize hemp cultivation and begin the process of normalizing hemp, allowing it to be separated from the Section One category. The THC content in hemp is less than 0.3 percent, whereas THC content in marijuana is more significant than 0.3 percent by weight. CBD derived from cannabis became legal in 2018 after hemp became federally legal. CBD derived from the marijuana plant, on the other hand, is also a controlled drug. Farmers will cultivate and sell hemp around the country because it is an agricultural product.

FDA is the U.S. Food and Drug Administration.

This bill also gives the US Food and Drug Administration the authority to control CBD statements and labels. The federal government is also heavily involved in the selling and cultivation of hemp at this writing time. The Hemp Farming Bill goes a step further by authorizing states to restrict or outright ban the sale and cultivation of CBD. Also, a range of states have rules that are much more stringent than the FDA’s.

Cannabis laws in general are rudimentary depending on the state you’re in. Policy-makers have long debated on the plant’s pros and cons.

While medical experts believe that cannabis has great potential for its therapeutic properties, many are still against its full legalization.

For states like New Hampshire, recreational cannabis is illegal. Beyond that, their local government follows federal guidelines for New Hampshire CBD oil laws. It all depends on the THC and cannabidiol content of the product, but anything with more than 0.3% THC is illegal to sell, possess, or use in the state.

Local authorities clarified that the United States Food and Drug Administration (FDA) standards on CBD New Hampshire in food additives do not apply to CBD oil and tinctures or cannabidiol-infused topicals and supplements. Wellness shops and cannabidiol retailers can still legally sell these in local stores.

The FDA also advises that any and all hemp products have neither been approved nor verified for medical use. These products are not meant to diagnose, treat, or cure any pre-existing medical conditions. They are also not meant to replace prescription medications.

IN NEW HAMPSHIRE, WHERE CAN I GET CBD OIL?

Many stores sell high-quality CBD in New Hampshire. The sale of hemp also skyrocketed when the state started allowing it under the guidelines of federal laws.

You can buy hemp oil and other products both online and in many wellness stores and dispensaries. 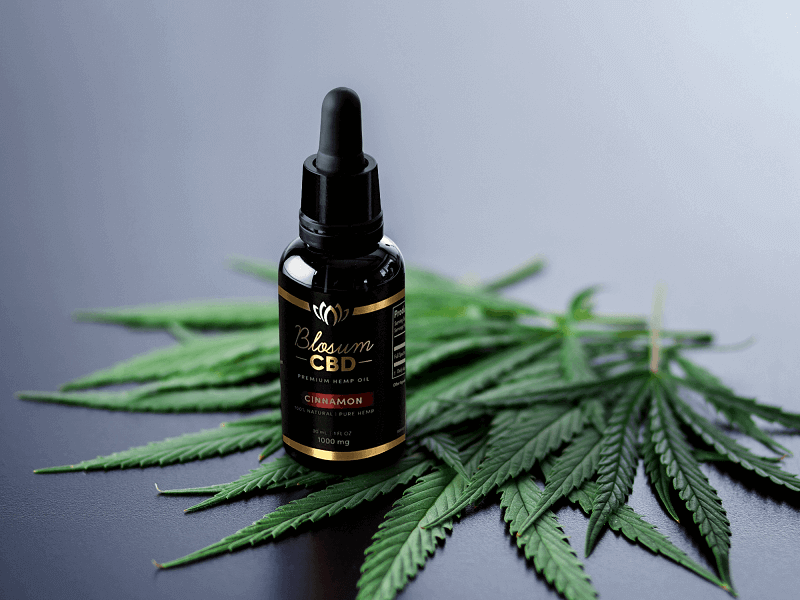 Many consumers prefer to buy CBD online as they can opt for home delivery for convenience. Legit and licensed hemp companies sell great quality CBD products. Each one undergoes third-party laboratory testing for purity, potency, and quality test.

The state has not defined the limit of purchase of cannabidiol products in New Hampshire. Under their medical marijuana program, only patients with qualifying health conditions and a medical marijuana ID have explicit guidelines on the amount of cannabis they are legally allowed to buy and use.

Hopefully, this article has clarified the legality of CBD in New Hampshire. Things are rarely evident at this stage in our country’s cannabis relationship. Each state’s cannabis and hemp laws differ slightly, and New Hampshire’s are particularly complicated. It’s challenging to research and produce goods locally because it’s challenging to develop.

Many brands, such as Blosum, deliver high-quality hemp extracts all over the US. If you live in New Hampshire and want to try CBD items, check us out. Keep in mind that laws are constantly changing, so check this page often for any updates on the legality of cannabidiol.

Technically, yes CBD New Hampshire is legal. State laws defer to federal laws when it comes to cannabidiol products manufacturing and selling. However, cannabidiol in additives such as edibles and drinks are prohibited as per the Food and Drug Administration’s advisory.
Many groceries, coffee shops, wellness spas, and dispensaries sell CBD New Hampshire. Though if you want products from certified and licensed sellers, it is best to research hemp companies online. They guarantee safe to use and good quality CBD products.
Hemp is legal in the state as long it does not contain more than 0.3% of THC. Anything more than that is considered as cannabis or weed, which is illegal in New Hampshire if it is for recreational purposes. However, medical marijuana patients under the medical marijuana program are exempted.